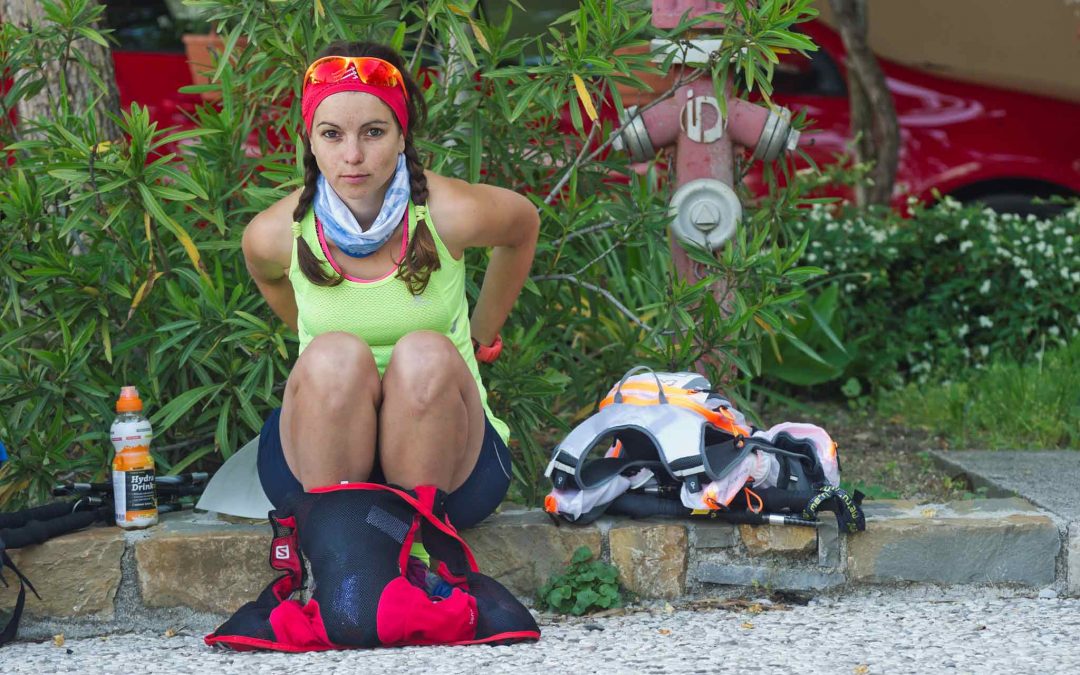 Everything you need to know about trail running gear

Trail running is running in nature, so we can call ourselves trail runners, if we mainly run around trails on city outskirts, but sometimes tackle bigger hills or even mountains as well. Choosing our terrain also always determines the gear we need to pack for our run.

One pair of running shoes is more than enough to start – you don’t need anything more than running shoes and some sport clothes to run on simple trails. However, once you decide to start running longer routes, perhaps even on higher altitude, there are some pieces of gear you should consider. It’s good to have a comfortable trail running backpack for those cases, which won’t give you any trouble during your runs and also has enough space for all your gear, food and drinks.

If you’re planning a hard mountain run, please don’t be the kind of a runner, who only puts on running shoes, shorts, a t-shirt and is on their way. You’ll quickly find yourself in a tough situation when your original plan fails and then you’ll more than miss some quality equipment. Read through our list carefully and make sure you stay safe on your runs.

When it comes to shorter and easy runs – there is no need to put on every single piece of gear you own. With experience, you’ll soon figure out you can easily manage those with much less equipment.

You can be a trail runner even without a running backpack, compression socks, sunglasses, poles …

YOU MAY ADDITIONALLY NEED:

YOU MAY ADDITIONALLY NEED:

Light trail running shoes might be the best choice for easier and shorter runs, but you can even tackle those in road running shoes.

When it comes to technical terrain, you’ll be more than thankful if your shoes are comfy, but also offer stability and a bit more profile.

Your trail running backpack has to fit nicely for you to enjoy a comfortable long run. Most of the best backpacks, used nowadays, look like vests. Despite looking like they can’t even fit a few gels and your mobile phone, they’ll end up being more than big enough for all the gear we mentioned above.

What about trail running belts and bags? Those are mostly suitable for shorter runs, where you only need space for your mobile phone and perhaps a flask or a few gels, as they don’t have as much space as vests and they aren’t as comfy for longer runs.

Poles are never a part of mandatory gear lists, but we’d advise them for everyone, who wants to tackle ultra-running more seriously. Power walking is an essential part of training and races in ultra-running, so poles can be extremely useful.

A good headlamp is essential for all true trail runners, because many of us start our adventures before the crack of dawn. And trust us – if you’re running on more technical terrains, you’ll be more than thankful for a good headlamp.

If you’re an ultra-runner, battery life might be an essential aspect to consider when buying one, because nobody wants to change batteries every two or three hours or even end up having to run in the dark.

It should also feel comfortable, because you’ll be using it quite a lot. Headlamps are used quite more often than belt lamps, as they’re much more suitable for running technical or curvy sections and they make looking for the right path much easier.

You have to carefully think about the main purpose for the jacket you’re buying. If you mainly run in valleys and hardly ever run in rain, then light jackets might be the perfect choice for you. You might have to add an additional layer in winter, but it’ll still be a better fit for your type of runs than hot waterproof jackets.

But even those are more than handy for trail runners – especially for winter runs or when we run to the mountains all the way from the valley (you might even consider a lighter down jacket for those occasions). Waterproof jackets are also often listed as mandatory gear at ultra-trail runs, due to extreme weather conditions, so it won’t hurt to have one.

Running watches are so much more than just watches these days. They’re often like little wrist computers. Mandatory gear for trail runners? More yes than no, since you can also use it for navigation on unknown trails.

It is more than useful when it comes to road running as well, because many people make their runs less boring by peeking at their watches more times than necessary. Jokes aside, if you’re not a terribly analytical person, you can benefit from very basic watches, which have GPS. More expensive watches often offer more data as well – for example altitude.

Battery life is an essential part to consider when buying a sports watch, especially for ultra-runners, because nobody wants to run that far and not be able to show off later. Best watches on the market have 25 to 30 hours of battery life in their best GPS mode, which is more than enough for most runners. If you’re planning to run for more than 8 hours, battery life might be something to consider when buying a sports watch.

Make sure you also check out how durable your watch is, as you might end up hitting quite a few rocks and you don’t want your watch to be the one to give in when this happens. Better and more expensive watches these days have sapphire glass and titanium cases.

As you can see, there isn’t really that much gear you need to be a trail runner. Especially if you stick to shorter distances and lower altitudes – and most runners are like this, as not everyone is drawn to extremes, which demand that much more gear.