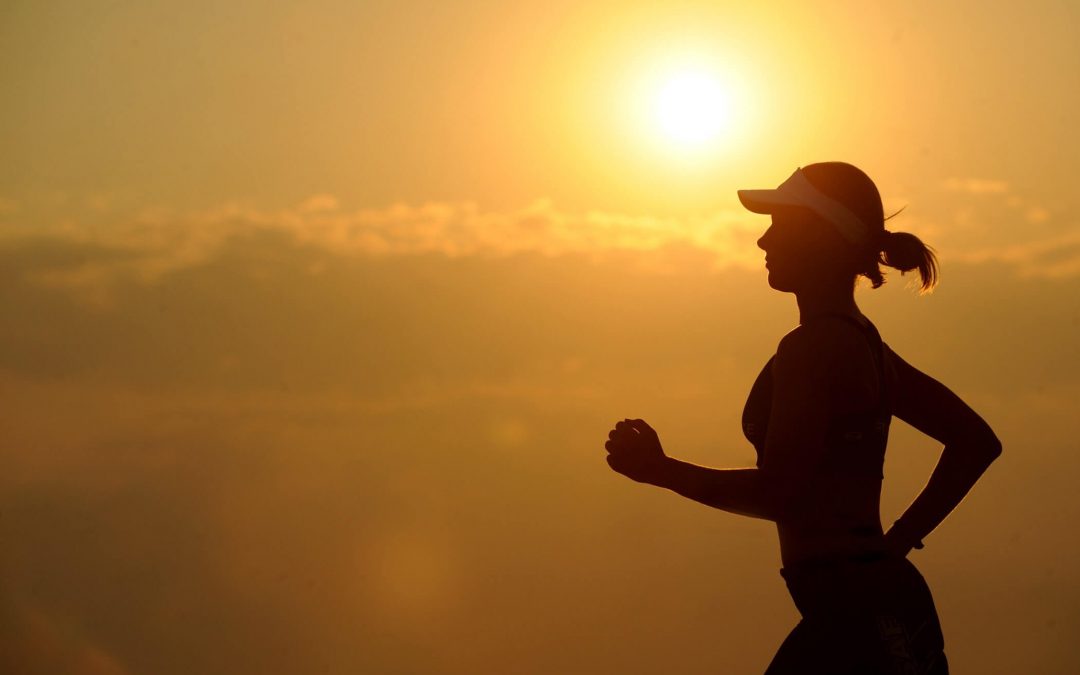 We’ll open up this topic by tackling the inevitable question – what even qualifies as an ultra-marathon? Strict definition says it’s any running competition, longer than 42,2 kilometres. However, these distances vary quite a bit, so it’s hard to put them all under one roof. Ultra-marathons are runs, which last from a few hours to even a few weeks. So how does one train for something like this?

Ultra-trails are starting to get more and more recognition and have tremendously gained popularity. We aren’t talking about regular road races, but you have to tackle numerous peaks on your way to the finish line. Roads are replaced with mountain roads, gravel roads, sometimes you even have to cross rivers. Classic longer ultra-trail distances vary between 100 kilometres and 100 miles, but also offer shorter distances, where we normally don’t speak about ultra-trails anymore, but just about trail running. If you choose distances around 100 kilometres, you have to climb 4000 to 6000 metres and 6000 to 10.000 metres in distances around 100 miles.

Elevation gain and distance aren’t the only two factors that define the difficulty of an ultra-trail, terrain and weather conditions also play a huge role. You simply can’t move equally fast in city parks and on single trails around Alps. Difficult terrain can mean your run (of the same distance) might be even a few hours longer. What about weather conditions? Higher temperatures combined with humidity are one of the worst possible combinations for ultra-marathon runners, because they can bring some extra trouble with dehydration.

How does one train for ultra-marathons and ultra-trails?

We already tackled some ultra-marathon aspects, but we haven’t written about time just yet and this is one of the biggest issues. 100-mile races last more than 24 hours for most runners. Some extremely fast runners can finish under 20 hours even in some of the toughest terrains, but those are more aliens that they are normal people.

For must runners, such races last more than 24, sometimes even more than 48 hours, which means we also have to run during the night. That also means no sleep or a tiny amount of sleep on hard ground, which is still considered better than nothing once you’re that tired. Ultra-marathons take an extreme toll on our bodies, so runners often even experience hallucinations during races, which is when kilometres get by slower than ever.

Those long hours and extreme conditions also mean we have to pack quite a few things for our races. This is one of the biggest differences between elite runners and the rest of us, as elites have incredible support on the way and can only pack the essentials. Whereas the rest of us also sometimes pack things, that end up being completely unnecessary. There are some very much essential items though – headlamp, enough liquids, survival blanket, whistle, jacket, mobile phone, sometimes even first aid kit – which again varies according to conditions and terrain. There aren’t as many aid stations as there are on marathons, so you have to carry more liquids and snacks at all times – sometimes it takes more than a few hours to reach the next aid station.

How do I get ready for an ultra-marathon?

Yes, you do have to train quite a lot for races, longer than 100 kilometres. You have to run at least 50 to 100 kilometres weekly, where you also have to remember to tackle a few thousand meters of elevation gain as well.

Not everyone tackles ultra-trail training the same way. For example, some spend more time backcountry or cross-country skiing than running during the winter, which can of course be an excellent addition to ultra-training. It’s also important to do most of our runs on various terrains, as there won’t be many flat sections during your races.

Ultra-marathoners don’t really experience injuries so different than those that trouble »regular« runners. There may be some more blisters and abrasions, but most injuries are quite similar, no matter if you’re training for a marathon or for a 100-mile race.

Exhaustion can, however, cause trouble for ultra-runners – there are quite more DNF’s and perhaps some falls, caused by extreme fatigue, which can end up quite badly. Perhaps a piece of advice if you use poles on your ultra-races – make sure they aren’t clipped onto your hands during downhills, as that can cause some very serious injuries if you end up falling.

Many injuries can of course be prevented if your training is smart. Make sure you increase your mileage and intensity slowly and don’t neglect strength training. Be smart, so that you don’t overtrain and make sure you take enough time to rest and recover.

Some of the distances elite ultra-runners tackle on a monthly basis are just unbelievable – their distances vary from 600 to 900 kilometres per month (depending which part of their training cycle they’re in) and they additionally tackle a huge number of vertical meters as well. They often train twice daily and have incredibly structures training plans, so they do a part of their run in incredibly high intensity and then keep the rest at an easy pace.

How do I get ready for my first ultra-trail? It’s important to begin by just getting to know trail running. If you ran a road half-marathon or perhaps even a road marathon, then your first trail race should be based on one of the distances you already know, as it’ll be a bit more difficult due to elevation gain and difficult terrain anyway.

If terrain isn’t too difficult, you can do your first trail-run in road running shoes, but we’d still advise to choose trail running shoes, as they offer better grip and stability.

The first thing you have to keep in mind is the fact that walking isn’t anything to be ashamed of in trail running. Everyone walks, even the best elite runners power-walk through the steepest sections.

If you’re a road runner, start your trail running training by adding a few runs on gravel roads – take a turn from the city to the nearby hill and adjust your pace to the terrain you run on. Complement your weekly runs with a hike or two, just so you get used to walking uphill for longer periods of time. Also make sure you don’t neglect downhills and take some time to train those as well.

When running uphill, make sure you shorten your steps. Once it gets too steep and you can’t run anymore, simply put your hands on your knees, lengthen your step and push off your knees with each step. When using poles, make sure you take advantage by leaning onto them and you don’t just carry them uphill. Downhills can be quite tricky due to terrain, so make sure your whole body helps your keep stable and focused.

If you’re getting ready for your first trail run, add some trail runs or hikes to your additional training plan. But once you decide to tackle your first ultra-trail, you’ll have to do at least 70 to 100 trail kilometres weekly and do some climbs as well. Most recreative ultra-runners do 300 to 500 kilometres monthly (depending on other sports as well).

Don’t forget – most of your runs don’t have to be in high intensity, quite the opposite actually – most of them should be done at an easy pace. Don’t, however, forget to add a few shorter interval trainings every week.

Many runners make the mistake of logging too many miles on medium intensity. Intensity isn’t really that important, if your main goal is to enjoy trail running. But if you want to improve, then it can become a big issue. Constant medium intensity doesn’t allow you to sometimes speed it up, plus your heart rate is always at the same level. There’s nothing wrong with doing a part of your training at that intensity, but sometimes it would make more sense to do your route at an easy pace, with some shorter high intensity sections, maybe even some intervals. To sum up – easy runs should really be easy and high intensity runs should really be high intensity.

What are the longest distances that we still do during our training? When training for ultra-marathons, you have to keep in mind that you have another training session coming up soon. So, it won’t do you any good if you do a 70 km training run and then have to rest for a week. It would be better to do 30 to 45 km run and then continue training in about two days. There should be long runs in your training plan, but don’t be tempted to make them too long.

Make sure your weekly runs include various fartlek sessions, during which you interchange faster and slower sections. For example, you can run faster for 30 seconds and then slower for one minute. You can also adjust fartlek according to terrain – you can do your uphills in high intensity, downhills at an easy pace and flat sections at a medium intensity.

The so-called sandwich training method is often used for various training plans – which means you do 2 or 3 days at a higher mileage (3x 15 to 30 km). It could be an interesting method to spice up your training but using it too often could lead to extreme fatigue.

It’s quite similar to getting ready for a road race. However, don’t forget about your mandatory gear, as race directors are quite strict about that. You can add route studying to your prep as well – so you know where your aid stations are, what the terrain is like on various sections …

Make sure you show up to your race well rested. That means you have to lower your mileage in the weeks leading up to the race. You can keep your runs at a higher intensity, but your mileage and hours you spend training should be lower.

As we mentioned earlier, ultra-runs can be quite long, so make sure you sleep longer in the week leading up to the race, since you’ll probably spend at least one night without any sleep during your race. But also keep in mind that you won’t get a lot of sleep in during the night before your race as well. Sleep training is a part of ultra-marathon training as well!